Pros and Cons of Student Overdrafts 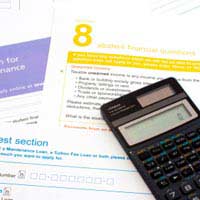 Beginning a university course and moving away from home means that many young people are faced with significant financial responsibility for the first time. There are a wide variety of financial products available to students, from student loans, to credit cards and overdrafts. Navigating this new landscape can be confusing and stressful and it can be difficult to decide which services to opt for. Before taking out a student overdraft, it is important to consider the pros and cons of the service and consider any possible long term financial implications.

What is a Student Overdraft?

What Are the Benefits of Student Overdrafts?

Most overdrafts do not have set repayment dates, meaning that an overdraft facility can be seen as a form of ongoing finance. Before opting for a student overdraft facility, be sure to ask when the overdraft must be paid back after graduation and on what terms. Many banks offer students incentives to take overdrafts, such as free gifts or lump sums. Whilst these offers can be attractive, the terms of the overdraft facility are the most important thing to consider when making your decision.The biggest advantage of the student overdraft is that they are usually provided at 0% interest, without additional charges, making overdrafts one of the cheapest and least risky forms of student finance on the market. Indeed, some students take advantage of their overdraft limit and place funds in investments such as cash ISAs, earning money through interest. If you are thinking of taking out a student overdraft, take care to ensure that the overdraft is interest free and that you will incur no additional charges.

What Are the Drawbacks of Student Overdrafts?

A student overdraft facility is a short term credit agreement. This means that, technically, your bank could request the repayment of your overdraft at very short notice. This is an unlikely outcome, but the possibility should certainly be considered.Whilst most student overdraft facilities allow account holders to exceed their account balance up to an agreed limit at no cost, it is important to look carefully at the charges that would be incurred if you were to exceed your overdraft limit. These penalties can be particularly high. Daily charges can apply and such penalties can lead to severe, long-term financial difficulties for the unlucky few.The risks associated with taking out multiple overdrafts should also be considered. Many students make use of several overdraft facilities and some are forced to take out student consolidation loans which turn their overdrafts into one large loan. Repayments on a student consolidation loan can prove difficult for some to meet, leading to high levels of personal debt.

Whilst a student overdraft is a cheap and relatively low risk form of student finance, it is important to consider all your options before taking the plunge and committing to an overdraft facility. Remember, too, that even if you do decide to take out an overdraft, you are not obliged to use it. Ideally, a student overdraft should be considered a financial safety net. Many finance-savvy students dip into their overdraft at more cash-strapped times over the academic year and work during holiday periods in order to get out of the red. It is always important to budget and make frugal choices throughout the academic year.

How to Calculate Your Student Budget

Making the Most of Student Offers and Discounts

Budget Leisure Activities and Nights Out for Students