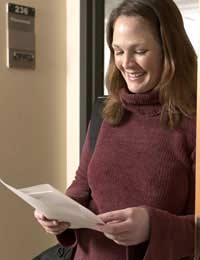 If you’re going to stay in the black while you're a student, or at least out of the bank manager’s office, you’ll have to master the art of budgeting and more to the point sticking to a budget.

Budgeting is no mystery; it's basically about spending less than you earn, so why is it so hard? Well, for one thing the temptation to spend is everywhere; in shops, restaurants, bars and online to mention a few. Secondly one of the main reasons students, and people in general, end up in a financial mess, is that they don’t actually have an accurate idea of what money they have coming in and what’s going out.

If your finances feel out of control, follow this guide to getting them in order.

Firstly you’ll need to plan ahead a little. Work out whether you need to budget for a full 12 months, or just the weeks you’re actually at uni. Many students go home in the holidays, and either work or sponge off their parents.

Decide whether you want to budget weekly, monthly, or even termly. Your decision could depend of factors such as when you get paid, when outgoings are due, and how much you trust yourself (or, more to the point, don’t!) with money. If you decide to budget termly there is always the danger you’ll blow it all on drinks, frocks or trainers in the first month. Monthly or weekly is more advisable.

Firstly, you’ll need to work out exactly how much money you’ll have coming in. Include income from parents, loans, grants and savings. If you have a regular part-time job you can include this money but caution is advised. You never know if you might have to give up your job because of uni work, or whether that lucrative summer job you’re banking on will ever actually materialise. The rule of thumb is be realistic, rather than overly optimistic.

Next calculate what you have going out regularly. Fixed outgoings will include rent, bills, travel and utilities such as your internet and telephone services. You also need to include sensible amounts for variable outgoings like food, clothes, socialising and miscellaneous costs. About £20-£30 a week for food and the same for socialising should be plenty as a basic amount. If you have money left in your budget to spend more…lucky you!

So, to get the magic budget numbers, take your outgoings away from your income. Obviously you’ll need to make sure they’re for the same period, for example outgoings for the year taken away from income for the year.

Ideally the number you’re left with will be a positive figure. It might even seem like quite a lot of money. However, don’t forget it has to last you a long time. Divide the figure you have left for the year by the number of weeks or months you’ve decided to budget for. And there you have it; the budget you need to stick within. Spend it wisely!

If the amount left after taking your outgoings away from your income is negative you need to find a way to increase income or decrease your spending. Take a hard look at your outgoings and be ruthless. If you can possibly cut back anywhere do so.

The best way to keep within your budget is to only take out the money which you’re allowed to spend and when it’s gone it’s gone. It isn’t easy sometimes but good planning, a sprinkling of self-control and a dash of creativity is the best formula for student money management.

How to Calculate Your Student Budget

Pros and Cons of Student Overdrafts

Making the Most of Student Offers and Discounts